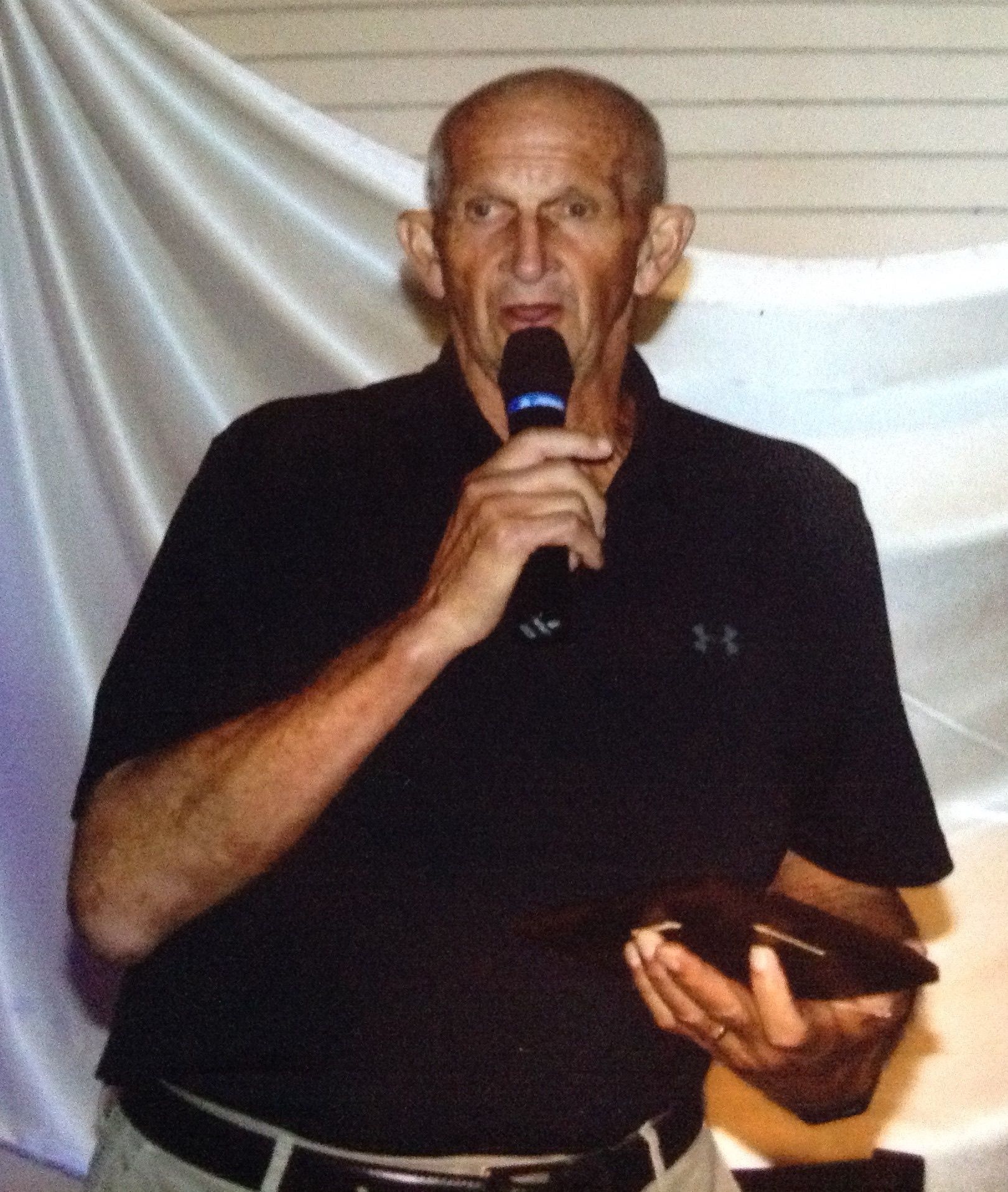 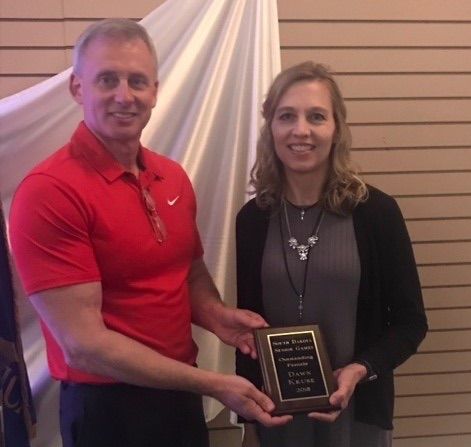 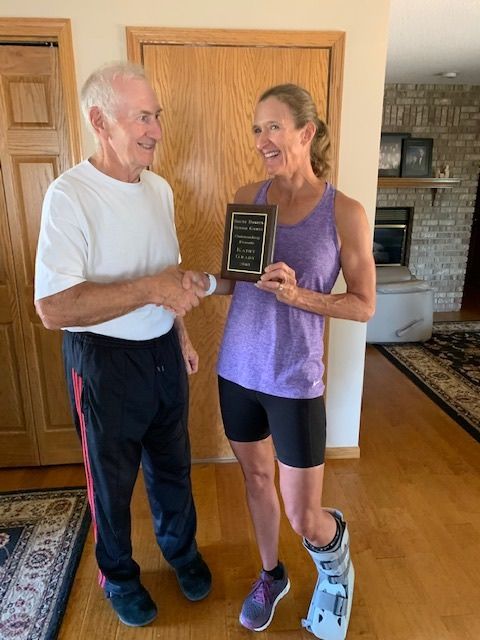 Howard Bich, Executive Director of the SD Senior Games, presents Kathy Grady, Sioux Falls with the  Outstanding Female Athlete for 2019  (who received that award along with Dawn Kruse). Kathy was unable to attend the Awards ceremony at the Annual Banquet/Awards Dinner, on September 6, 2019.