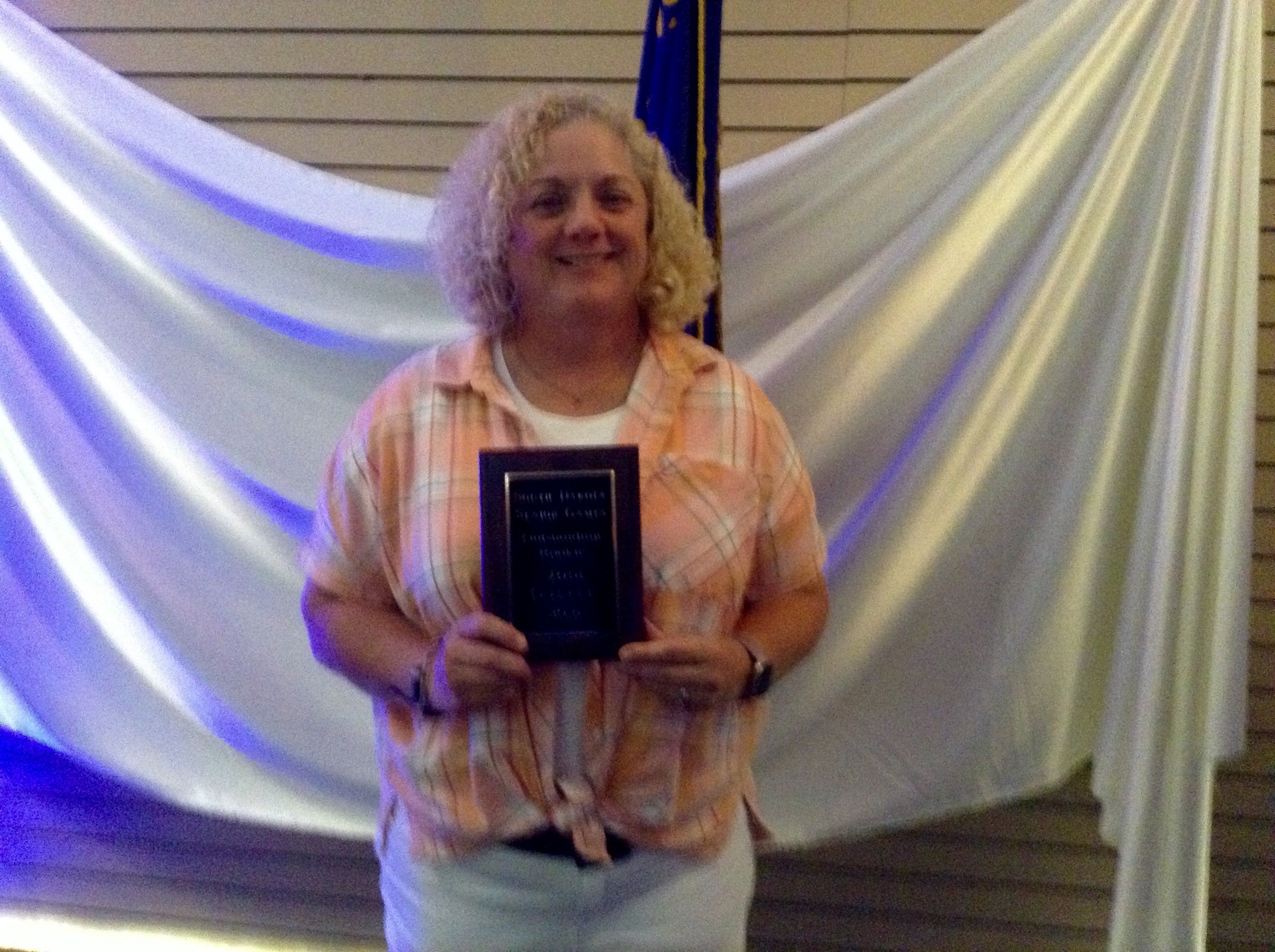 This image is of Jodie Gjefle, Pollock, who received the "Rookie of the Year" Award at the 2019 Banquet, based on her performance at the State Games in 2018. 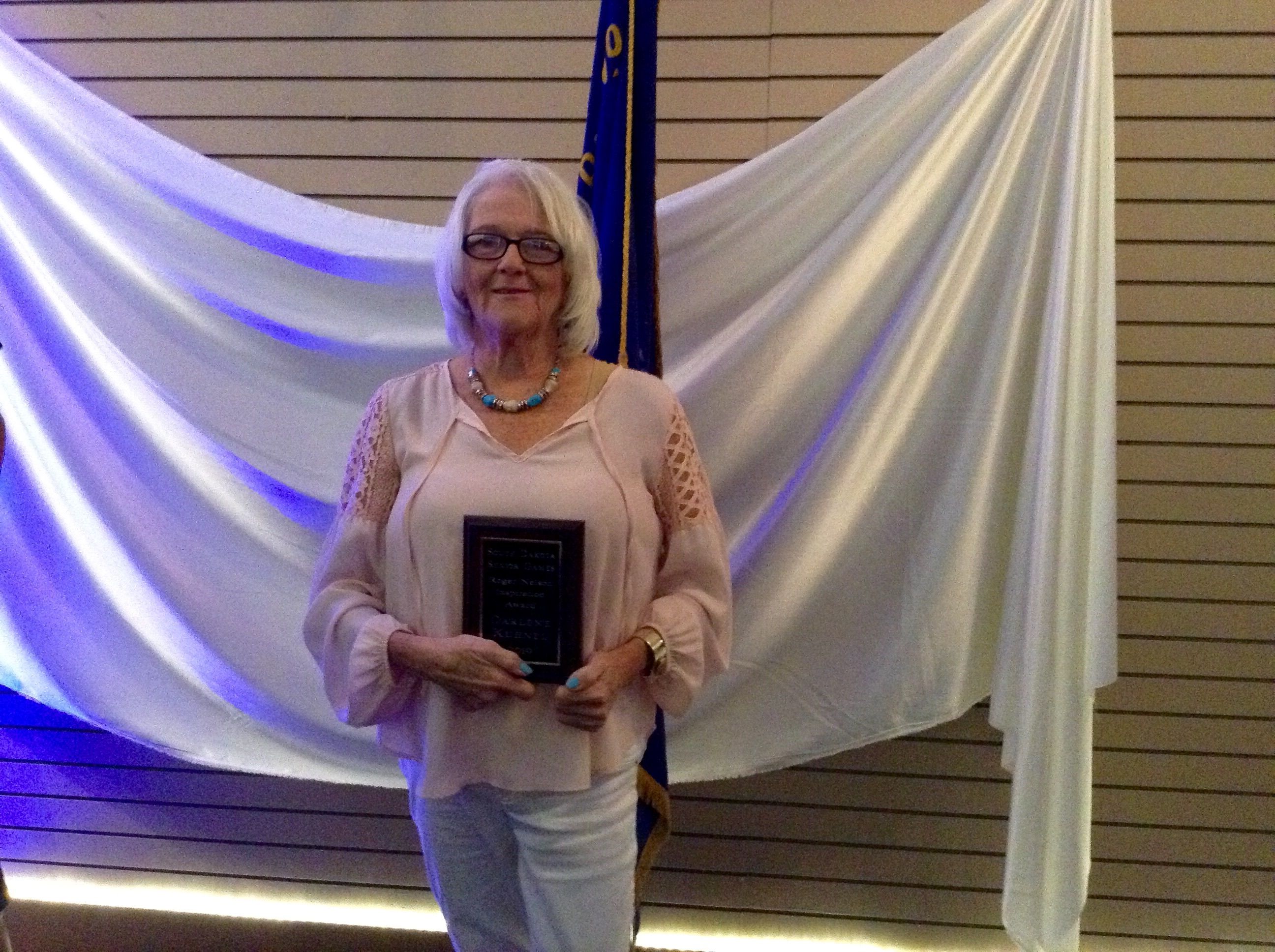 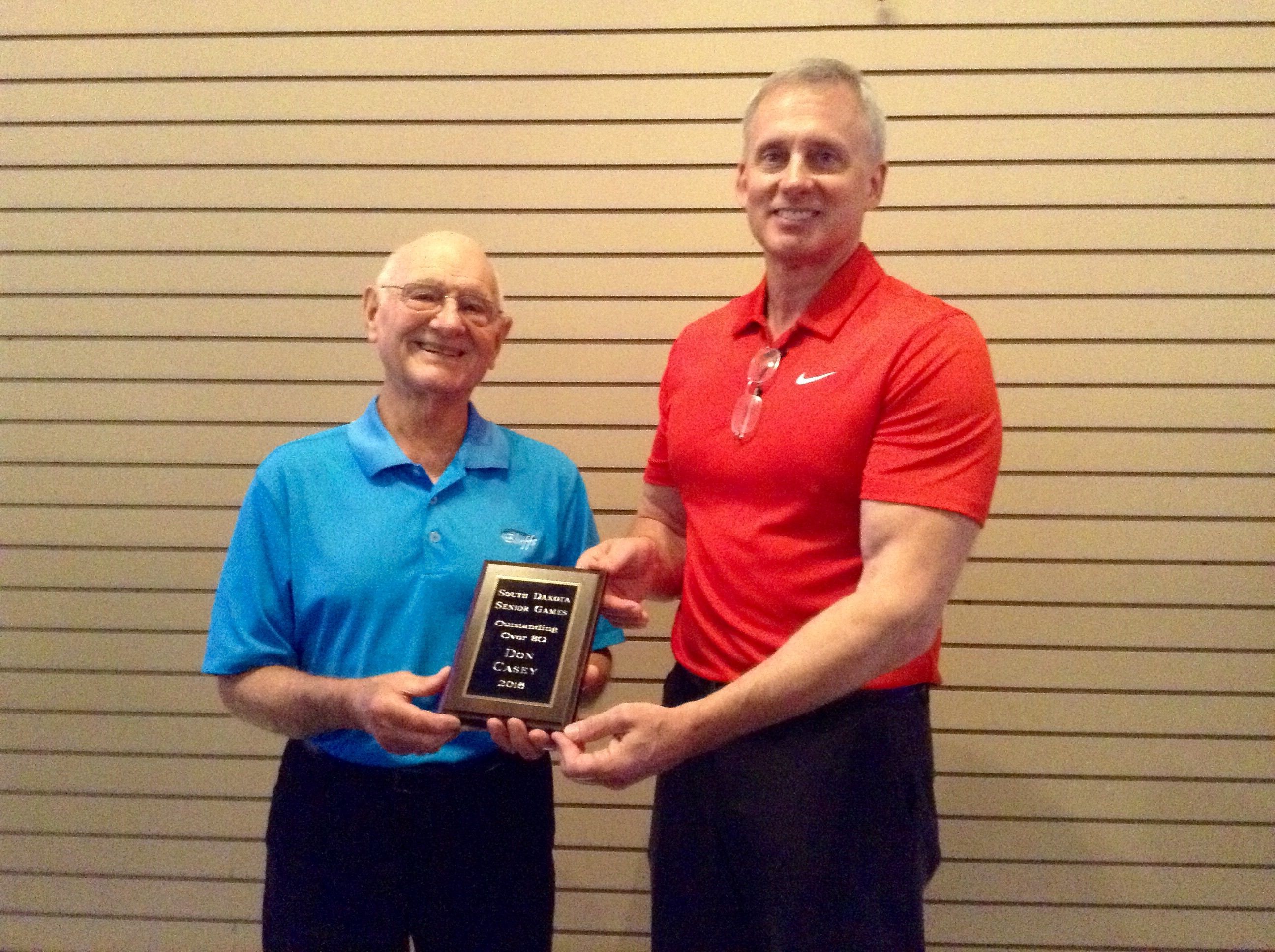