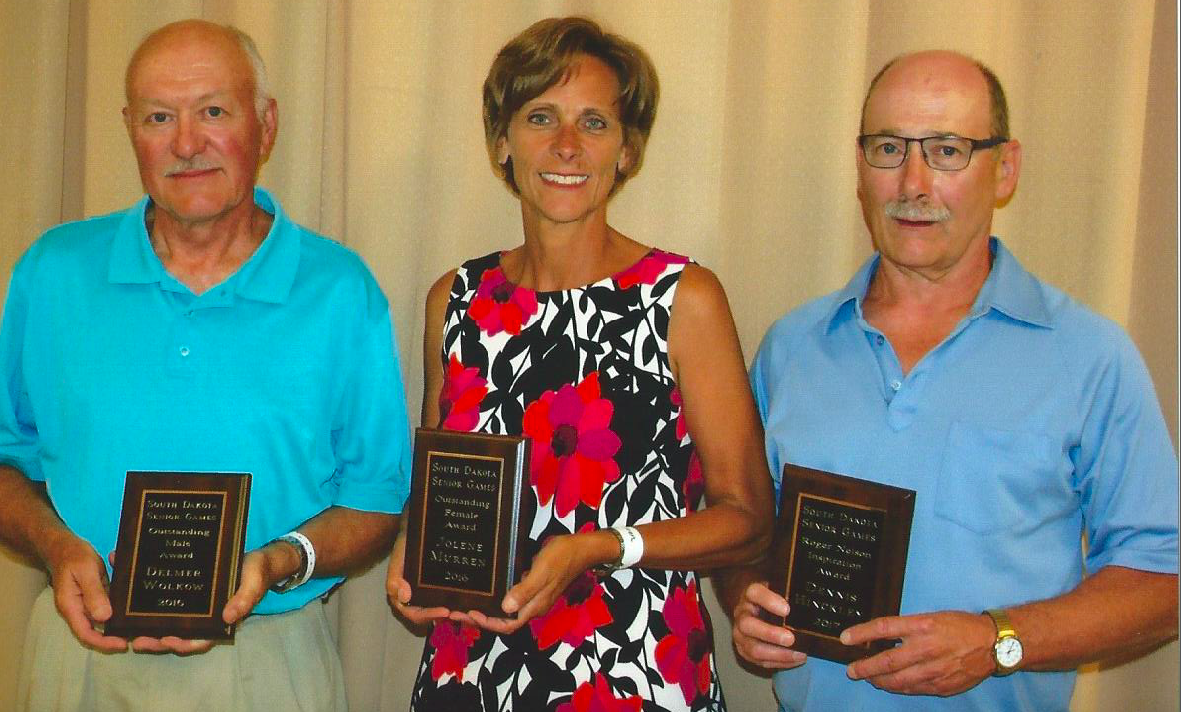 2017 award winners, announced at the 34th Annual Awards Banquet.   Jo(Jolene) Murren is the recipient of the Outstanding Female Athlete of the Year Award, Delmer Wolkow, on HER  right is the Outstanding Male Athlete, and Dennis Hinckley, on HER left is the recipient of the “Roger Nelson “Inspiration” Award.  There were 2 others who were unable to attend the Banquet to receive their award:

They are Gary Aderhold who was the “Rookie of the Year” and Leann Fredrickson who was the “Over 80” Outstanding Award winner.  These 5 winners were recipients of their awards based on their performances at the 2016 SD State Senior Games held in 2016, but received the awards at the 2017 Banquet here in Sioux Falls, in conjunction with the Senior Games held here September 7-10, 2017.

Thank you from Howard and Arlene 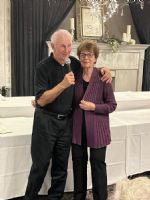 Crowd Gathered to Celebrate and honor our Senior Games athletes and Staff for their work over the past year. 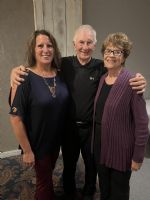